Dear Neil: A month after our 23rd anniversary, I found out my husband had been having an affair.  In June when the AmEx bill came in and HER name was on it for airfare, that was the last straw. For months I cried and begged and tried to reason. He was silent and cold. He slept on the couch by his own choosing. The silence and sneaking behavior with the other women kept up, so I kicked him out.

But I’m dying inside without him, and our 14 year old son needs and wants his Dad back at home. We have a history, we have spent our whole adult lives together. I love my husband and I want him back. What do I do?

Dear Dying: You are likely not going to get him back unless he decides—independently and of his own free will—that he wants to be married to you.

You can initiate a conversation about what went wrong and what it would take to make things better. But the power in the relationship, unfortunately, lies with the person who is the least invested.

You are not going to “win” your husband back. The real question is whether he wants to come back, and if so, under which conditions.

Dear Neil: I have been married for seven years. My husband has been verbally, mentally and occasionally physically abusive over the course of our marriage. Fourteen months ago, I finally realized his behavior wasn’t normal. I stood up to him and told him I would no longer take his abuse.

Up to this point, everything I had done, every decision I had made had been centered around him. I had always put him first and myself second. I realized I could no longer continue to do that. I had to at least make myself equal to him. I began to have more respect for myself. I lost 30 pounds.

Soon after I lost the weight, he became very jealous, and accused me of having an affair. Everything I do is seen as suspicious. I don’t know what to do next. I love this man, but I’m not sure I like him anymore. Should I get out?

Dear Desperate: This sounds like a top dog-bottom dog relationship, in which one person has power over the other. But as one person grows stronger and healthier, power shifts in a relationship.

Since your husband is now afraid you’re going to leave him, the power in the relationship has shifted to you. He’s threatened and off -balance, and doesn’t know what to do in order to recreate the old relationship, which he was probably comfortable with.

You need to assess whether this is the best you can do. If you decide to stay, force the relationship to be more equitable and healthy while you have the momentum and the power.

If you emotionally came all the way back, I suspect his jealousy would resolve itself. Perhaps you might offer him an exchange: you will be his and commit to being faithful, and he will get help for his low self-esteem, poor impulse control and for his need to control and bully other people.

You will keep power as long as you are willing and able to walk away from the relationship. 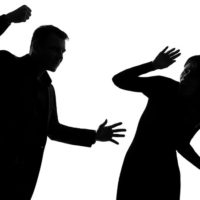