Dear Neil: I’m in a 9 year relationship with a man who has been emotionally unavailable. Our typical pattern consists of him coming over to my house, we have sex and then he leaves right after. I have called him periodically and he is always busy: in a meeting, going to the airport or doing errands. He started calling at the last minute to come over. So I cleaned my house, showered, put on makeup—and he then called saying he was too tired. This has happened more than once.

We do not go out, and he does not spend money on me. He just wants sex and then he’s gone for long periods of time. Eventually I told him to not call me anymore, but then he started calling me “sweetie.” Last December he stopped calling me altogether for 7 months, until he showed up with a bottle of wine and wanted to talk. He said “you have not seen the real me.” He’s right. I have never gone to his home, I’m not sure what he does for a living and I don’t know much more about him than when we first met 9 years ago. He has started opening up to me, and wants me to give him another chance. Should I? I want a real relationship.

Jilted for 9 Years in Minneapolis

Of course, anyone can change his mind and choose to become open and vulnerable to someone he has not been vulnerable with in the past, but based on your description I wouldn’t bet the farm on it. Plain and simple, the man you’ve described views you as his booty call—and little else. He has either been in another relationship, or has been spectacularly disinterested in knowing you and in being known by you, which is the basis of being in a “real relationship.” Nothing in your story convinces me that he will become emotionally available to you, or that you will ever get his heart offered to you.

me or my body?sex vs. lovewhy is he with me?

Readers Talk About the Effect of Cell-Phone Addiction 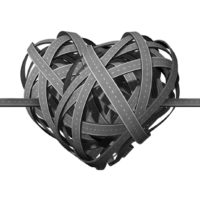 Long-Distance Relationship Can’t Compete With Someone Nearby

with Neil Rosenthal, LMFTLicensed Marriage & Family Therapist
x
Top Help! My Grown Children Don’t Want Anything to Do with Me Reader Asks: What Do I Do About a Sexless Marriage?