The subject is about trust and betrayal, and three different readers illustrate the point.

A woman from Brookfield, Wisconsin writes: “Please address how long it takes to get over the betrayal of a spouse after 21 years of marriage. He left me for another woman.”

Sheila T. from Denver wrote in to ask: “There have been two instances that I know of when our relationship has hit rocky ground and my partner has had brief affairs with other women. In each case, he says that he thought our relationship was over, but then came back wanting to get together. He has vowed that it won’t happen again. How do I mend the broken trust? It takes so long to build and it’s gone so quickly.”

Janet M. from Flushing, Michigan describes feeling betrayed in a very different way by her brother’s suicide. “His life became too painful for him, so he killed himself last spring. [I am] angry with my brother. Do you have any suggestions in this particular case on forgiveness?”

In all three of these examples, one person, intentionally or not, misused another person’s openness and vulnerability, and someone got hurt.

Regaining trust after a betrayal and forgiving someone who has deeply hurt you may take everything you’ve got. The majority of intimate relationships, in my experience, never recover from a major betrayal. Once trust is ruptured, it is very difficult to act like everything is normal again. People will say things to you like, “forgive and forget,” which in my judgment is nearly impossible. You are not going to forget it. Forgetting it would be approximately equivalent to being brain dead.

You can forgive another person’s transgressions, but not until the two of you have had an open discussion about what led to the betrayal, what you wish to do about it now, how you’re going to prevent its reoccurrence, what changes need to be made in the relationship, what amends and apologies need to be extended, and what does the behavior say about each party’s needs, wishes, longings, fight style, and sense of fair play?

I intuitively mistrust the explanation, quoted above, where one person says that they thought the relationship was over, so they then thought they were free to pursue others. All adults know that occasionally their relationships will hit harder times, and they will have a choice if they want to work through the problem(s) or move on. Someone who chooses to move on is in essence saying they aren’t that attached, and that the relationship doesn’t mean that much to them. When the affair then doesn’t work out, they then figure it can’t hurt to try anew.

What I am describing are differing levels of attachment and commitment; people are not necessarily emotionally committed and attached to each other to the same levels or degrees. People also have differing levels of conflict tolerance, and different skill levels in resolving disagreements.

In the case of someone who dies or who kills themselves, the sense of betrayal is especially powerful because of how final it is: there is no ability to talk, negotiate or come to any type of resolution, and the person who survives is left with feelings of powerlessness, guilt, hurt and anger. The surviving person needs to resolve these emotions alone, although a guide is enormously useful in such cases. The most important single step in forgiving someone’s suicide is in understanding what led to their behavior. 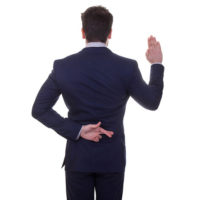