Dear Neil:  Recently I ended a promising relationship with a man that I had some misgivings about.  He was solicitous of me:  What did I want?  How was I feeling?  No man has ever been so attentive to my feelings or wishes, and it made me uneasy.  He wanted to be together a lot, he said he loved me, frequently wanted to touch and complimented me a lot.  He lavished gifts, dinners out, trips, jewelry and surprises on me—and I began to feel suffocated, like I was losing my independence—so I pulled away and ended our relationship.

I’d like your opinion about what happened.  Why did I reject what I’ve always said I wanted?

Dear Spooked:  Perhaps he was too intimate for you.  There are degrees of closeness and intimacy, and some people are uncomfortable with feeling too close, too intimate.  It could also be you could prefer to be the position of seeking a man, and are uncomfortable when you are the one sought after, or that you felt undeserving of a man lavishing time, attention, money and a lot of sweetness on you.

And you didn’t let your heart get very involved—you kept it insulated and at a distance. That and one other thing:  you didn’t talk to him in a timely manner and let him in on the secret that you had trouble with what he was doing, that you wanted him to tone his sweet behavior down.

So frequently in a relationship we grow reluctant to talk about what’s bugging or irritating us—fearing that we will sound petty or that we will hurt the other person’s feelings.  So we don’t talk about it—and that issue festers and grows—and ultimately becomes the kiss of death for the relationship.  For reluctance to confront a problem, we wind up not talking about the very things that we must if we are going to make the relationship work.

Relationships dissolve when one person has a concern, a hesitation, irritation or fear, and then withdraws without ever presenting those concerns to the other person for discussion. Who knows what would have happened if you had told your boyfriend of your irritations as soon as they started grating on you?

A promising relationship deserves a fair chance to succeed.  No budding connection between two people should fail without first checking out whether the dilemmas or differences can be negotiated and resolved.  This is doing the hard work of a relationship, and all promising romances deserve this chance.

There’s a game some people play in their intimate relationships, which goes like this:  “If you value and want me, you lose value in my eyes.  The only people I will go all out for are those who don’t act like they want me back.  I need to earn acceptance, approval and love in order for me to value it.  If you just offer it to me without me having to win it from you, I won’t value it, and I won’t value you.”

I will elaborate on this dynamic in next week’s column. 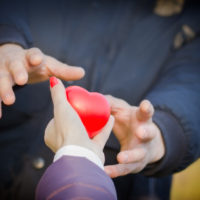 Quiz: How Comfortable Are You in Receiving Love? 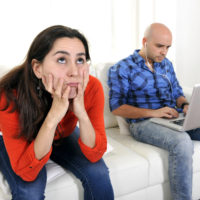 I Don’t Know How to Trust People

with Neil Rosenthal, LMFTLicensed Marriage & Family Therapist
x
Top How Do I Spot a Narcissist? Sabotaging the Relationship You Want