Do you often find your intimate partner to be too busy to be emotionally available to you?   Do you have trouble getting him/her to really listen to you?  To open up to you?  To trust you?  To share his/her true feelings with you?  Do you get angry because your needs are neglected—or you don’t get the emotional support you need?  Do you often feel that your intimate partner isn’t on your side?  How would your partner answer the above questions?

If your answers to any of the above questions are “yes,” it’s likely that your relationship has failed to master the “bid”—the fundamental unit of emotional communication and connection in a relationship.  A bid can be a question, a gesture, a look, a touch—any expression that says “I want to feel connected to you.”   A response to a bid is just that—a positive or negative answer to somebody’s request for emotional connection.  Such bids occur in dozens of ordinary day-to-day exchanges between intimate partners.

And what happens when we habitually fail to respond positively to one another’s bids for emotional connection?  Such failure is rarely malicious or mean-spirited.  More often we’re simply unaware of or insensitive to other’s bids for our attention.  Still, when such mindlessness becomes habitual, the connection and the closeness in a relationship can be destroyed.

People typically respond to one another’s bids for connection in one of three ways:

Do You Find Yourself Resistant to Love? 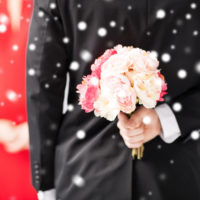 A Grown-Ups Guide to Romance 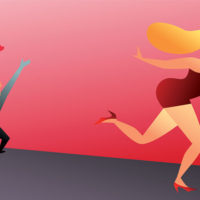 Running Away From a Loving Relationship

Why Am I Attracted to Withdrawn Men?

4 years ago / 0
x
Top Where Are All The Available Men? Keeping Your Emotional Connection Strong