Dear Neil:  A while back you wrote about narcissism.  Your article described my ex-husband’s behavior extremely well.  It was the first time I have been able to understand why he was so easily able to let our thirteen year marriage (and the children) go.

My question is…how to I spot a narcissist next time before I fall for him?

Dear Determined:  Answer these questions about your next potential romantic partner:

Scoring:  For every “yes” answer, count one point.  Six or more points, in my experience, suggest that you are in a relationship with someone who is narcissistic, but three or more points means someone leans toward being a narcissist.

Narcissistic behavior is likely to remain no matter what you say or do, so it is ineffective to attempt to negotiate with a narcissist. It typically takes medication, intensive psychotherapy and strong, persistent motivation for a narcissist to begin to change. 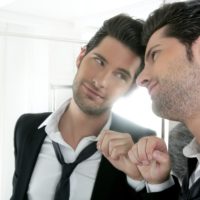 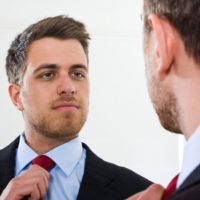