“I’m 39, attractive, nice body—I’m told—friendly, helpful, yet when I find someone and we go out, the night ends with the usual line, ‘I’ll call you,’ and they never do,” writes an anonymous woman from Denver.

“Then I rehash the night’s events in my mind:  was I overbearing, too independent, etc.  I have a good job, make great money, have a nice home, but I feel so rejected!  Please help.”

Few things are more puzzling to single women than men who say they will call and then don’t.  Especially if the man flirts with or pursues the woman, and then doesn’t call again, the woman is left feeling as if she did something wrong or has otherwise been judged inadequate.

I have several thoughts:

There is a courtship game men and women play with each other.  Although the traditional roles are changing, typically men are in the position of advantage because they usually have the lead and can decide whether to pursue.  (This is also their disadvantage:  ask men how nervous and frightened they get when they are about to approach a woman, and listen to them talk about what it feels like to be rejected over and over again before someone says yes.)

Women are in the position of advantage because nobody expects them to do anything except look nice, and they have such little risk in the process.  (Which is, of course, their disadvantage as well:  they aren’t supposed to act, they’re only supposed to react, and they are at more risk when they actually do go out with a stranger.)

Learn to take the lead more.  Don’t just give out your phone number, exchange phone numbers.  If he hasn’t called after a week, call him.  Say you enjoyed his company and you are looking forward to getting to know him better.  Then suggest the two of you get together again.  If he hesitates, ask him if he would be willing to talk about why.  If honest, that feedback could be useful to you.

You have to give yourself lots of opportunities with new men all the time.  Don’t be so sure you’re doing something wrong.  This may be just a string of bad luck. 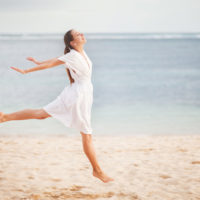