Dear Neil: I work during the week, and my husband hasn’t worked in four years. He is enrolled in a two-year college, but it’s taking him four years. He physically attends classes once or twice a week, and takes online classes the rest of the time. But while I am working, he often goes out to have fun, and when he’s home, he seldom helps around the house. On the weekends, he goes off to have fun with his friends, leaving me at home alone.

What is Wrong With This Picture?

Dear What is Wrong: A relationship takes two. And simply put, what is wrong with the picture you’ve presented is that you’re describing that you are contributing to the marriage, but that your husband isn’t—and that he isn’t attempting to lighten your load and make things easier for you–and he isn’t attempting to spend his “prime time” with you by engaging with you in activities that might help keep the two of you feeling more connected to each other.

What’s more, he doesn’t appear to be in any hurry to graduate, or to get a job and contribute to the marriage in a clear-cut demonstrable way. In fact, he appears to be quite content with his unrestricted ability to take it easy and to have fun, while someone else does all the heavy lifting. This no-doubt leaves you feeling married but alone, which is not what most people want to feel when they marry. Furthermore, his behavior may also leave you feeling used and/or taken advantage of.

So here’s what you could do if you want this to change. First, tell your husband exactly how you’re feeling. You cannot afford to be shy about this discussion. You’re going to have to tell him precisely how it feels for him to take it easy and have fun while you’re working, and then how you feel when he goes off with other people on the weekends to have fun.

Second, lay out precisely what you want different. As an example, do you want him to finish school more quickly? Get a job while he’s in school? Reserve weekend activities for the two of you exclusively? Invite you out on weeknight or weekend dates? Clean the house? Go shopping and then make dinner? Be more romantic? Be direct and straight forward about exactly what you are wanting him to do differently. Third, pay attention to his reaction and response to all of this. Does he scoff at your requests, or is he receptive? Does he do what you ask for, or does he refuse or “forget?” Does he do this for a week and then stop?

You can trust the person who makes real effort and genuinely tries to honor your needs and wishes. If he does, maybe you’ve begun solving the problem. If he doesn’t, you’re going to have to decide if you’re willing to live like this into the future, and what’s in this marriage for you. A relationship takes two. It has to be good for you also. 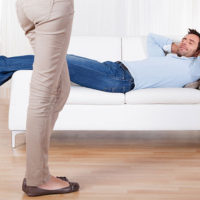 How Do I Handle an Unequal Contribution From My Husband? 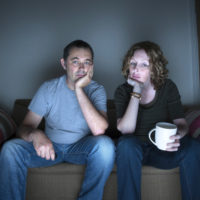 with Neil Rosenthal, LMFTLicensed Marriage & Family Therapist
x
Top Overcoming Cell-Phone and Social Media Obsession Help! My Grown Children Don’t Want Anything to Do with Me