Dear Neil:  In October of 2003, I found a phone number that I knew was a woman my boyfriend of five years had been intimate with before we met.  When I confronted him, he became very angry and would not answer as to how he’d obtained the number.  I know that he visited her the next month, but when asked about why, he managed to sidestep the question and turn it into a verbal attack against me—about how I always lie and don’t ever believe anything he says because I must be hiding something.  I have asked him the same question several times, and each and every time he has a different reason.  It appears that he is still calling her, according to long distance phone bills, but those bills disappear quickly and he claims not to know what I’m talking about.

He says it’s me cheating on him.  Help me.

Dear Frustrated:  Plain and simple, your boyfriend isn’t being honest with you.  Based on the principle that the best defense is a good offense, he is cleverly turning your questions about his motives and his truthfulness into questions about you and your honesty—thereby attempting to change the subject and to obscure the issues—in order to wiggle out of having to talk about what he is actually doing.

As painful as it might be to hear, you’d be better off dropping the loser and finding someone who values you, and who values honesty, fair fighting and truthfulness.

Dear Neil:  I am married to a man who allows his ex-wife to phone us, often while she is drunk and abusive.  Then, when my husband’s son comes for weekend visits, his son is quite disrespectful to me.  As a result, I feel somewhat second best.  I have stated how I feel in a nice way, but my husband says that his ex-wife calling not negotiable, because she is the mother of his children (they’re in their late 20’s).  I am losing respect for him, and I don’t know what to do.  I believe in commitment and find it hard to walk out, but I’m truly unhappy with this situation.

Dear Torn:  The problem isn’t that your husband is receiving phone calls from his ex-wife, but that you are communicating discomfort with that and your feelings are being ignored.  Furthermore, your husband is allowing his grown son to be disrespectful toward you and is not intervening on your behalf.  It doesn’t sound like you have much power, authority or voice in this relationship, so no wonder you’re feeling second best.

Since your husband is apparently good at defining what’s non-negotiable to him, why don’t you do the same?  You could, for instance, tell him that you will not tolerate disrespect from his children, and that if he doesn’t act to stop such behavior, his son will no longer be welcome in your home.  Furthermore, the next time your step-son acts out toward you, you could tell him directly that such behavior is unacceptable and you won’t tolerate it.  You could tell him he doesn’t have to like you, but he does need to treat you respectfully.  Then enforce your words.

If he ignores those words, he isn’t valuing you or your feelings, and that means you have a big problem.

Carrying a Torch for Somebody from the Past

Better Than Nothing Relationships 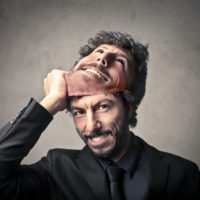 Lying Boyfriend Should be Dumped! 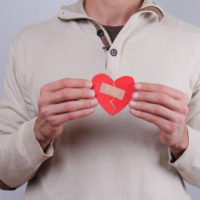