Dear Neil:  I have loved a man like no other.  But I didn’t listen to my gut as he became the Silent Dark Shadow, and I stayed, hoping for it to get better.   We had a lovely son together, but when I realized how lonely I was—that it has always been me wanting us to stay together (or me begging him to come back)—I gave up, and we separated.

It’s now eleven months later, but I still want us to be a family—two adults who love each other and are providing our son with a secure and stable family.  I wrote him letters to which he said he would reply, but after some months of holding my breath, I realized I was just clinging to hope.  I miss him, and I would love some guidance.

Dear Alone:  A relationship needs time, effort, energy and emotional receptivity and reciprocity from both people.  Both have to want each other, both have to make themselves emotionally available to the other, and both have to give each other—and their relationship—an honest chance.  But you don’t have two people saying “yes” to a relationship, and you can’t have a good relationship by yourself.

You can’t have this man that you love.  You need his active participation, his desire to be with you, and his heart—and you don’t have that.  Quit fighting the painful reality that he doesn’t want you.  Find someone who does want you—and wants what you do—and  who had the willingness and the ability to offer you a reciprocal love relationship.

Dear Neil:  I believe that my boyfriend of 3 ½ years is extremely narcissistic.

I am fifty-one and he is sixty.  He won’t do anything with me that I want to do, other than dancing.  Everything seems to be about him.  I get his leftovers as far as time is concerned, since he is gone every weekend and I’m not included.  I’m at my wits end and ready to let him go.  I feel like I should talk to him, but I fear he won’t even care enough to try.  Do you have any advice for me?

Left Out in Colorado

Dear Left Out:  Quit being timid about speaking up.  Tell him exactly what you want or need from him in order for you to feel valued and desired.  If he’s not willing to honor what you say is important to you, you’re with the wrong man.

Dear Neil:  I would be interested to know how one copes when a man comes down with prostate cancer and has his sexual equipment removed.  After a healthy sex life of over 48 years, how do we cope?  We’re both in our seventies, but having to adjust to the idea that our sex life is now over is not easy.

Dear Concerned:  Help is out there.  A urologist can insert an implant that has a vacuum pump (called a penile prosthesis) which will help your husband function close to normally.  Make an appointment and go in together, and openly discuss this problem with his doctor. 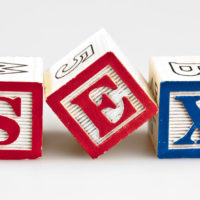 with Neil Rosenthal, LMFTLicensed Marriage & Family Therapist
x
Top How Intimate Do You Want to Be? What Does Your Job Mean to You?