Dear Neil:  I am in a new relationship—four weeks long only.  I am female, 34, separated, very attractive and I have a good job.  A month ago I got to chatting with a gorgeous man at a bar.  He swept me off my feet, and it took one date before we were absolutely obsessed with each other.  It was as if we had connected on a mystical level.  For a week or so he was super-affectionate toward me, and then he went cold.  He has since told me he has been to counseling about “commitment phobia.”   Him mom left him and his sister when he was 12, and then the sister moved out.  He openly tells me he thinks he sabotages relationships early on because he feels he will be rejected again, and he cannot face the hurt.  Can he ever be rid of this phobia?  It is emotional suicide to go on this ride with him?

Dear Feeling Lost:  People can and do get over commitment phobia, but it has to be their motivation that pushes them into getting help and overcoming their fears, not yours.

Your boyfriend is going to have to proactively overcome his fears of rejection so he can authentically offer his heart—and keep on offering his heart—even when the going gets rough.  Can it happen?  Yes.  Is it likely?  Not unless he gets extremely motivated and determined to defeat this issue, and stays that way.  Judge the wisdom of staying with him by how proactive and determined he is to overcome his abandonment issues—so he can commit to you.  If he isn’t trying his hardest, he isn’t for you

Dear Neil:  I’ve been in an affectionate friendship with a man I work with.  He is married (not happily, he says) but now tells me he thinks he’s in love with someone else we work with.  I know he has borderline personality disorder, and I’ve tried to remain his friend through all of his emotions and anger.  Since he told me he now thinks he loves this other woman, I have pushed him away.  I feel lied to and used.  I thought we were developing a relationship; he said we were.  But seeing him and her together every day at work causes me to struggle with horrible envy.  Am I doing the right thing by staying away from him?

Dear Hurt and Wounded:  Yes.  Even though it hurts, let him go.  People with borderline personality disorder make extremely difficult and challenging partners to be in an intimate relationship with.  One such challenge is that your world will continually feel unpredictable and volatile, and closeness will constantly be pushed away.

Besides which—he’s married!  Don’t underestimate the power his wife may hold over him.  He may be far more bonded to her than he has let on, or that he is even aware of himself.  My guess is that there is a greater than 50% chance that he will stay with his wife, and that, along with the other woman, means your chances are absurdly small.

This is not your friend.  Stay away from him, and find someone healthy who is unencumbered, who wants you and only you, and who walks his talk. 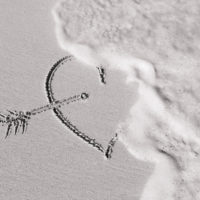 What Can You Learn From a Break-up? 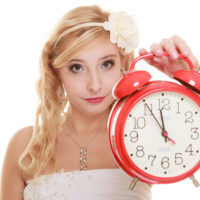 My Boyfriend Isn’t Proposing. What Should I Do?