Dear Neil:  Why do I tense up and act awkward around beautiful or attractive women?  Normally I’m self-confident and self-assured, being a successful, well established, socially adept, 45 year-old entrepreneur with a good reputation and a lot of money.

What is it about beautiful or attractive women that makes me act like an awkward adolescent when I’m around them?

Dear Lost:  The closer a woman is to your sexual ideal, the more self-conscious you will be around her, and therefore the harder it will be for you to relate to her as a person.

What you’ll wind up relating to is your fantasy, not a real person, which isn’t going to attract a woman at all. You must relate to a woman as a person. Only then will you be more likely to connect with her—because she’ll see you as authentic and genuine and  because she’ll sense that a real relationship with you is possible.

Dear Neil:  My boyfriend and I have been dating for six months.  We’ve been living together for two and-a-half months.  I’m in love with him, and he says that he’s in love with me, but his actions speak differently.  He takes me for granted, and is no longer romantic and thoughtful the way he was in the beginning of our relationship. How do I get him to appreciate what he has—and to take more time to show me that he loves me?

Dear Stumped:  Tell your boyfriend what you want him to do, and be sure to communicate how important it is to you. Don’t be general or vague (“I want you to be more romantic.”)  Give specifics and details about what you want (“Greet me with a kiss when you come home; sit next to me—rather than across from me—in the restaurant; ask me how my day is going,” etc.)

Don’t assume he knows what to do.  Teach him.

Dear Neil:  We would like your opinion about our mutual friend. “John,” a married man, has been having an affair with “Judy” for the past eighteen years.  She trusted him, and had not slept with anyone else.  She also told John that if he slept with someone else (other than his wife), she would not continue their relationship.  He reassured her there was no other woman.  But recently, after not seeing each other a lot for the past couple of years, John told Judy that he had ended a two-year affair with another woman.

Judy accused John of betrayal.  She said that she trusted him, and that loyalty from him was expected.  John said that he did not betray her because he isn’t married to her, and because he didn’t promise to not see other women.
Did John betray Judy?  What is your opinion?  Please settle our argument.  John’s wife does not know of his infidelity.

An Observer From Denver

Dear Observer:  My opinion is that John violated trust with both Judy and his wife.  Especially with his wife.

Long-term relationships operate on faith and trust, not on promises.  But how Judy could have assumed that John would be faithful to her is a mystery.  She had no reason whatsoever (other than wishful thinking) to assume John’s fidelity. 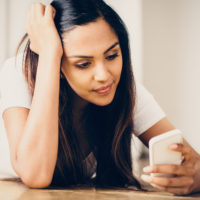 with Neil Rosenthal, LMFTLicensed Marriage & Family Therapist
x
Top Should I Stay Or Leave? (Part 3) Going All Out: Increasing Your Attachment