Dear Neil: The following is what I’d call a survival guide for middle-aged women in search of a date.

Dear Denver Reader: Thanks for your well thought through recommendations. Women, do you have anything to add to this list?

Dear Neil: I have some advice to the middle-aged female who recently wrote to you saying that since gaining weight she has become invisible to men.

The real reason for her problem with men is her weight, and it is totally within her control to lose that weight. I don’t believe she has to do anything else. I am disappointed with your advice to her, because you did not address the real issue.

Dear Neil: His experience is similar to that of most women. Women do most of the childrearing, cleaning, shopping, cooking, laundry, car pools and driving to doctor’s appointments, just to name a few things. Many of these women work full time, and their husbands still will not help. Study after study shows that most men do not pull their share of the load.

I enjoyed seeing it happen to a man!

Dear Pleased: Although I understand the frustration and sense of unfairness you expressed, it is useful to remember that unfairness to anyone—men or women—is still unfair. It was Gandhi who said that an eye for an eye and a tooth for a tooth just leaves the whole world blind and toothless.

Any person that leaves their mate with too much of the load is creating an unfair burden for the other, and sooner or later is going to get a lot of anger and hostility back. Look for how you could be part of the solution with men in your life, and make sure you’re not inadvertently perpetuating the problem.

Tips for Finding That Special Someone 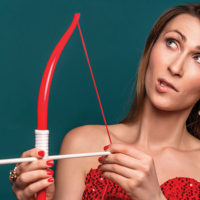 How Do I Attract a Woman Even When My Income is Low?

One comment on “Survival Rules for Single Middle-Aged Women”