Dear Neil:  Help me make sense out of what happened in this relationship. From the time we first met, “Brianna” and I were together all the time. The relationship turned extremely erotic, and it stayed that way for a full year.  But then more and more demands were placed on me.  She wanted more entertainment (show, concerts, trips, wining and dining, etc.)  She wanted to quit her job and be supported by me fully, and she asked me to pay off some of her debts.  I got increasing pressure to propose to her.  More and more conditions were put on sex, and the frequency of our lovemaking dramatically declined. She also became hypersensitive to me saying anything the least bit critical of her.  Even a minor request could set off a major angry defensive reaction, and increasingly I found myself reluctant to say anything at all that she could possibly interpret as critical.

Our relationship ended recently with her moving out and angrily telling me how unfair I was to her.  When I protested that there were things bothering me, she repeatedly cut me off in mid-sentence and talked right over me, so it became impossible for me to say anything.  I’d like your thoughts about what happened in this relationship.  Why did we fall apart?

Dear Feeling Burned:  What we typically get in the beginning of a relationship is not a real person, but rather a salesperson.   Salespeople are almost always agreeable and easy to get along with because they have their eyes on their ultimate goal.  Therefore, it takes awhile to really know what you’re getting in the beginning of a relationship, because the salesperson is typically on display much more than the real self.

Also, it takes some time in a relationship to distinguish between the dream (what you think you’re being offered) and reality (what you’re actually getting).  It appears that sex was used by your girlfriend as her lure to capture you.  Most women know that they can use sex as a manipulation in order to get what they want from a man.  In your girlfriend’s case, it sounds as if she wanted to completely be financially taken care of so she didn’t have to work, and she wanted a proposal for marriage.  That was her agenda—the saleslady’s goal—but that agenda didn’t fully come out until she felt secure enough in the relationship to let it out.  Also, when her more authentic self—her real self—finally  came out, it begin protesting that she didn’t want to have sex as frequently as the saleslady offered it.

Meanwhile, you couldn’t make requests of your lady, or express yourself when you were upset, and you were restricted from saying what you felt, wanted or needed.  How long did you think you could comfortably live without being able to express yourself?  There is danger in attempting to blend so much with someone else that, in essence, you agree to give yourself up.  No one can afford to agree to be silenced in a relationship and never express displeasure or dissatisfaction with their partner.  It destroys closeness and intimacy because you are forced to be false in the relationship.

Both men and women need to be diplomatic about sex, because so much is on the line for both people.  The woman wants to be liked, loved, romanced and wanted for herself, not for her body, and she doesn’t want to feel she’s under constant pressure to perform.   The man’s ego is on the line every time he is denied, which is why men who are often repelled tend to quit trying and then seethe in resentment and withdrawal.  It is destructive to a relationship to use sex as a manipulation to get what you want.  Even if it works, it creates mistrust, and more importantly, it damages closeness and intimacy.

That’s what happened in your relationship.  Your lady’s agenda came out—what she wanted from you in exchange for what she was giving.  Both of you apparently decided that you were getting a poor exchange rate for what you were giving. 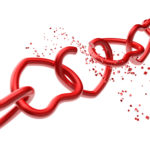 When Somebody Leaves But Fails To Tell You