Dear Neil: Things seemed to be going well on the intimacy front with my boyfriend of six months. Then he hurt his back and had two weeks of intense back spasms. It was totally understandable that our sex life took a break during that time, and that he needed time afterword to regain energy. However, that was over two months ago, and things are still not back on track.

My boyfriend is loving, kind and very affectionate. He hugs me all night long and treats me very well. But I worry that this fading off of sexual energy so early on in the relationship signifies that perhaps he isn’t truly attracted to me in that way. Is it worth pursuing a relationship regardless of whether our sex life is working?

Dear Neil: As a male, I am withholding sex because I do not have confidence in our relationship. I am not sure I want to marry her, but she is dependent on my finances and emotional support. This make it very hard to break it off—so I respond with withdrawing sex. But I can’t control this perfectly, so whenever I’m not strong enough and have sex with her, it gives her mixed messages. I know my actions are emotionally abusive, but I am trying to separate from her. If I ignore my feelings and keep having sex with her, I will risk pregnancy and marriage without having ever proposed.

Dear Not Desired and Wanting Out: Feeling close and intimate is not the same as having sex. Intimacy needs sustained effort, and sooner or later needs the decision about whether the two of you are interested and willing to invest more of yourself in the relationship, to be more committed, more vulnerable, more emotionally present and more willing to accept differences and ignore irritations. To state the obvious, a deeper relationship is much harder and much more work than having sex.

For the woman who isn’t feeling desired—and assuming your boyfriend’s back problem isn’t making sex painful for him—it could be that he is afraid of getting any closer to you. Try being the seductress, and see if you can’t change this dynamic single-handedly. Perhaps all your boyfriend needs is a little encouragement and/or assistance. If that doesn’t work, ask your boyfriend directly about what his hesitations or reservations are about you and about deepening a relationship with you. The only other scenario that is likely is that his equipment isn’t working—perhaps related to the medications he has been taking—but that should go away over time.

For the gentleman wanting out, you’re simply not being honest about how you feel, and you’re not taking effective action to change the relationship for the better, or to leave her because you no longer want to try. It is time to speak up and identify what’s in your way, and what you’re going to need to change if you are going to remain in the relationship. If she can’t or won’t give you what you want, it is time for you to call the relationship off. 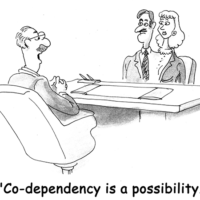 One comment on “When One Person Withholds or Withdraws Sex”

with Neil Rosenthal, LMFTLicensed Marriage & Family Therapist
x
Top Can I Win Back The Lady Who Has Rejected Me? 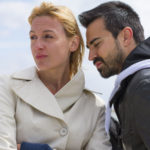 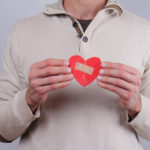