Dear Neil:  I think I owe my boyfriend an apology for repeatedly getting angry with him, being demanding and selfish, insulting him and generally treating him poorly.

I’ve never been very good at apologizing to people—it makes me feel weak, bad and full of shame.  How do I apologize to him effectively?

Dear Fearful:  Scan the list below, courtesy of Ron Potter-Efron in the book Stop The Anger Now (New Harbinger), and see if you can identify some of the reasons you have trouble admitting your mistakes and apologizing.

I have trouble apologizing (or accepting an apology) because:

Apology, which some people fear as a sign of weakness, is actually an expression of strength and courage.   A sincere apology makes it much easier to forgive a person who has wronged you, and to let go of your hurt, anger, desire for retribution and desire to keep your distance from the other person.   People who are able to apologize tend to have healthier marriages or relationships, carry less anger and hostility around, and generally feel better about themselves.

A meaningful apology depends on the three R’s:  regret, responsibility and remedy, says Beverly Engel, author of The Power of Apology.

Make your apology genuine and sincere, and keep your promises.  Think of an apology as a bridge connecting past mistakes with future good conduct, advises Potter-Efron.  He says your apology is only worth as much as your next action.  For instance, if you tell your boyfriend that you’re sorry for insulting him, and then insult him the next day, you  undermine your credibility and the trust between the two of you.

Don’t insist that the other person accept your apology, and don’t expect him/her to forgive you or to apologize back.   Apologies must come with no strings attached, or they will only lead to more bad feelings.

A true apology—which asks for nothing in return and offers no excuses or blame—is a great gift and it goes a long way in healing hurt emotions.  If possible, make your apology in person, and look your boyfriend in the eye as you talk. 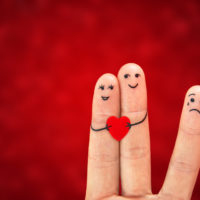 Forgiving Your Parents and Making Peace With The Past

How to Forgive and Let Go of Your Hurt