Dear Neil:  I have been full of shame and fear all of my life.  I recently met a guy who uses alcohol to cover up his emotions, which I guess to also be shame and fear.  We’re both in our fifties.  Is he a good risk for me?

Dear Wistful:  Shame is a painful belief in one’s basic defectiveness.  It can come from many places:   The grouchy spouse who tries to gain power by calling you dumb and lazy.  The boss that believes that embarrassment and intimidation are good ways to motivate you.  The punishment your parents dumped on you when you were young, not to mention their nasty tone or their mean words.  Even what you say to yourself when you look at appearance with disapproval.  Just think, in the last 24-hours, how much praise you have had vs. how much criticism.  How about in the last week?  Month?  Year?   So asks Patricia and Ron Potter-Efron in the book The Secret Message of Shame (New Harbinger).

They identify some of the uncomfortable thoughts and feelings we associate with shame:

Almost everyone feels shame at times, and shame can be very useful in helping us to behave with honor and integrity.  “No, that’s not me.  I’d feel ashamed of myself if I___________ .”

Shame is a clue that someone important has seen you and disapproves, and could abandon or reject you as a result, says Potter-Efron.  But it can also relate to you disapproving of yourself—when you say or do things that you think are wrong, rude or inappropriate—or when you feel phony or untrue to yourself.   Many people shame themselves, calling themselves names, negatively comparing themselves with others, depriving or punishing themselves, and not taking proper care of themselves.

Some people withdraw to protect themselves against shame, avoiding others or   retreating at the merest hint of criticism or disapproval.  Others become perfectionists and try to do everything “right.”  If someone disapproves of something they say or do, they feel the need to explain, excuse or defend themselves, or they lash out at the other person.  Heaven forbid that anyone should accuse them of being less than perfect.  So some people shame others as their defense—using sarcasm, criticism and put-downs, trying to keep the focus on other’s faults, mistakes or shortcomings—so no one will see theirs.

Some people indeed do use mind numbing substances, such as alcohol, to mitigate their feelings of shame and inadequacy.  Other people get controlling or manipulative, while still others use anger or rage, attacking or dismissing anyone who even hints at criticizing or disapproving of them, says Potter-Efron.  Even a request (“Please would you put the toilet seat down”) is often interpreted as criticism, and can be met with great defensiveness, reactivity, anger or withdrawal, effectively shutting down anyone else’s voices.

I will address how to turn shame into self-caring in next week’s column. 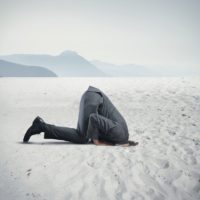 Dealing With Someone Else’s Shame