NOTE:  THIS IS THE SECOND OF A TWO-PART SERIES

Let’s say your father is a judgmental man who is constantly commenting on the shortcomings of others.  You are likely to develop a strong Inner Critic who picks up your father’s judgments and uses them against you.  Underneath it all, your Critic is hoping to make you so perfect that your father will love you and will stop pointing out your shortcomings.  But your role has been established:  you are a victim to the judgments of others.

The other major choice you have is for you to become a judge—just like your dad.  If you become the judge in your relationships with others, you’ll be quick to point out everything your partner does wrong.  You’ll judge him/her and generally blame him/her for anything that goes wrong.  You will have developed a strong Judge rather than a strong Inner Critic.

It is important to note that the Inner Critic and the Judge are two sides of the same coin.  They are similar in the feelings that they carry and in the observations that they make.  The only difference is that one judges us and the other judges the world.  A strong Inner Critic is often accompanied by an equally strong Judge who operates in silence.  If that is the case, you will be filled with silent judgments toward others, especially your family and your intimate relationships.  There is much passion in these silent judgments, it is just that the judgments are held in silence.

Sometimes, however, these judgments come out the in the form of joking comments, sometimes they are spoken aloud to friends, and sometimes they burst out under the influence of alcohol or at a time when anger breaks through the control system.  Sometimes they are held in for 15 or 20 years until the partner who is carrying the silent judgments—apparently without warning—files for divorce.

The judgmental voices in us are our refuge so that we don’t have to feel hurt in our relationships.  The general rule operates this way:  whenever someone is not in touch with his or her vulnerability in relationship to another person, one may expect a judgment, silent or spoken, as a way of insulating us from feeling hurt.

It has long been a part of our folk wisdom that you cannot love others until you love yourself, and there is no way you can truly love yourself until your Inner Critic or your Judge is no longer in charge of your self-image.

Here are some questions that might be useful for you to explore if you wish to be more in charge of your judge or critic:  in your family of origin, with which family members did you play the role of the Judge?  What did you judge about them?   Which family members judged you?  What were their criticisms?  Can you hear your Inner Critic repeating these criticisms of you?

Source:  Embracing Your Inner Critic by Hal and Sidra Stone 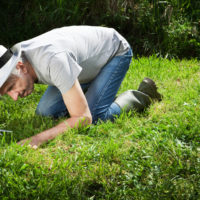 Quiz: Are You a Perfectionist?

Do You Know Your Inner Critic?

Making Peace With Your Inner Critic