Dear Neil: I am interested in your thoughts on how to feel compassion for myself. I am extremely hard on myself, and I regularly think of how I could have said or done something better—after the fact. I would like to know how to be kind and compassionate to myself and put my inner critic aside.

Controlled by My Inner Critic in New Zealand

Then get in a comfortable position, close your eyes and take several long, slow deep breaths. Allow yourself to return, in your imagination, to the scene where you said or did something that you are regretful or critical of yourself for. Where were you? What time of day was it? What were you wearing? Who else was around? What were you thinking and feeling?

When viewed in the context of the larger story, even though you might have handled the situation better, why are you allowing this to mean that you are somehow inferior or unworthy?

Nathaniel Branden addresses this question in the Six Pillars of Self Esteem by saying: “I can condemn some action I have taken and still have compassionate interest in the motives that prompted it. I can still be a friend to myself. This has nothing to do with alibiing, rationalizing or avoiding responsibility. After I take responsibility for what I have done, I can go deeper—into the context. A good friend might say to me, “This was unworthy of you. Now tell me, what made it feel like a good idea, or at least a defensible one?” This is what I can say to myself.”

You might also try answering the following questions to help you look at your positive and healthy traits, rather than just your negative ones. What do like about yourself? What are your strengths as person? A friend? A lover? A spouse? A parent? A family member? At work? At home? Socially? What do you appreciate about yourself? How might you be friendlier and more forgiving of yourself?

The Art of Self-Discovery

Rising to the Occasion 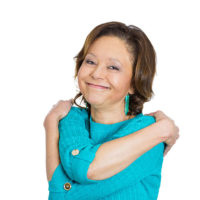 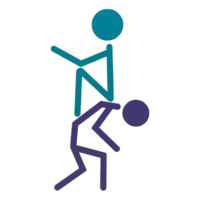 Are You a Doormat?

with Neil Rosenthal, LMFTLicensed Marriage & Family Therapist
x
Top Money Issues Can Be Resolved, but it Takes Hard Work Deepen Your Relationship or Lose It!