Imagine that your life is a bus heading down the streets of your hometown.  All your feelings are sitting on the seats—sadness, love, fear, happiness, anger, loneliness, etc.—chatting with each other.  All of them are equal in power than the others.  And you’re driving the bus.  You’re in control of your life.

Then suddenly there’s a revolt.  Your anger stands up, knocks you right out of the driver’s seat and takes over control of the bus.  Then your anger orders all the other emotions off the bus.  You’re left as the only passenger while your anger drives the bus of your life.  Watch out!  You’re in for a very bumpy ride.

Has this been the story of your life?  Has anger been driving your life?  If so, now is the time to take back control.  How?  By standing up to your anger, making it take a seat as a passenger again, you getting back in the driver’s seat and then picking up your other emotions and putting them back on the bus.

Notice you don’t have to kick anger off the bus.  It has a rightful place as one of your emotions, but you must insist that anger not run your life any longer.

Getting angry is a choice.  Your choice.  But one thing is obvious:  people who have problems with anger decide to get angry a lot more than others.  They frequently get angry about things they could choose to ignore.

There are times when anger makes sense.  But some people get angry way too often.  So, always remember that you have a choice.  You can get angry, or you can choose not to get angry.

It’s a poor choice to get angry when you could handle the problem just as well without getting angry; when you hurt or scare people with your anger, or when you can’t answer “Yes” to the question “Is my anger really helping the situation?”

When’s the last time you made a poor choice to get angry?  When are you most likely to make unwise choices to get angry?

Ron Potter-Efron, in the book Stop The Anger Now (New Harbinger), suggests that anger is a runaway emotion.  Once you begin to get angry, your anger can feel so powerful that it runs away from and overpowers all your other feelings.  You think “I’m upset.”  Probably you don’t think “Well, yeah, I’m angry all right, but I’m also feeling scared and hurt.”  But that’s exactly what you need to think to prevent your anger from taking over.  You have to keep in touch with all your other emotions.  So ask yourself “What other feelings, other than anger, am I feeling right now?” 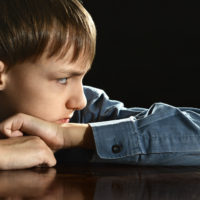 Depressed and angry children are made, not born 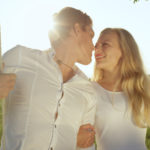