Dear Neil:  I am so frustrated with my husband that I’m thinking of separating from him.  I don’t believe in divorce, but I’m not sure I can tolerate living with him anymore.  Anything that even hints at me telling him I’m upset with him, that I don’t like something he has said or done—or, heaven forbid, when I criticize him for even minor transgressions or insensitivities—he immediately puts up a giant defensive wall, and overreacts with a great deal of anger, personal attacks, withdrawal and telling me I do the same thing I’m complaining about.

I know he was both neglected and emotionally abused as a child, but he is now an adult, and I am tired of excusing his behaviors because of his past.  I feel I’m talking to a wall.  I can’t say anything at all to him that he’d rather not hear, and that makes me feel powerless, impotent and completely unheard and disrespected.  Don’t all of us have the right to say what displeases us in a relationship, as long as we do so without verbally attacking or being cruel?  I feel I have no voice at all in this relationship.

Find Me Hopeless in Colorado

Dear Find Me Hopeless:  Anyone who is extremely defensive is also extremely wounded, because our defenses match our wounds.

Let’s assume for a moment that your husband felt so abused or neglected when he was young, that anything that activates his painful childhood memories becomes like a life or death struggle to him.  They cause him to feel so unsafe and so threatened that he  emotionally shuts down and retreats behind a myriad of protections, armors and defenses.

Your husband’s deepest need (likely for love, acceptance and approval) is connected to his biggest defense (anger, reactivity and withdrawal, which blocks him from receiving the love and acceptance that he craves.)   This is the theory that authors Harville Hendrix and Helen LaKelly Hunt suggest is at the core of very well-defended people.  In a recent interview at a Ben Franklin Institute sponsored conference in Colorado, Hendrix and Hunt eloquently argued that you can’t get through a defense, but you can perhaps get around it—by you making the relationship as safe as possible for your husband and by you cutting out all negativity, blame, shame or criticism—and instead going straight to making gentle requests you would like for him to do.

Hendrix and Hunt say that most of us have negative ways of asking for what we want, which tends to get us a negative—rather than a positive—response from our intimate partners, because a defense never relaxes under attack.  In other words, your criticism, judgment or disapproval, no matter how valid it may be, has to be separated from what you ask of your husband if you want cooperation and intimacy rather than anger and reactivity.

Keep reminding yourself that behind every criticism is a wish.   As simple as it may sound, you may be able to break the deadlock you and your husband are in by making a gentle request of him about that wish, and completely leaving out criticism, blame or negative comments. 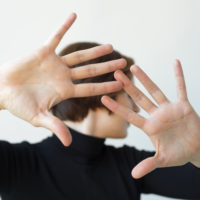 Avoiding Conflict Will Not Fix Your Relationship

with Neil Rosenthal, LMFTLicensed Marriage & Family Therapist
x
Top What Do I Do When My Boyfriend is Very Friendly With His Ex? Creating a Conscious Relationship