Dear Yeller: Neither yelling nor shutting down are effective communication skills if you are trying to improve your relationship. Many people get unnerved or threatened when they’re yelled at, and therefore your yelling may inadvertently be causing him to shut down. In other words, he may not feel safe to express himself around you when he fears you will respond by yelling at him.

There is a way more effective way for the two of you to communicate. Try this: ask him what’s bothering him about you and/or the relationship—and promise him you will not respond negatively or harshly at all. You are inviting him to talk about what’s on his mind and what’s bothering him about your relationship. After he speaks a couple of sentences, paraphrase what you hear him saying, and verify that he feels you heard him accurately. Do this every 2 or 3 sentences, and let him speak what’s on his mind completely.

Leave your thoughts, your emotions or your reactions completely out of the conversation. No eye rolls or any other hints of disagreement or dismissal from you at all. You are inviting him to speak, and you are trying to make it as safe as possible for him to express himself. Let him say absolutely everything that’s there.

Then ask what two things he would like you to do so he could feel better. Paraphrase his requests to make sure you have understood him entirely. When he’s finished, agree to his requests if you possibly can, and then follow up and do what you have agreed to do. It’s very important that you do what you say you will do.

You are trying to create a safe environment for your boyfriend to talk so that he doesn’t feel the need to shut down. If he feels safe enough around you, he will begin communicating what he has previously withheld. And yes, you get to do the same thing also—with you speaking and him paraphrasing you back–but I would recommend you wait until another day to do so. I suspect you are going to discover that you have been a large part of the problem by being a yeller, and you can therefore be a large part of the solution. 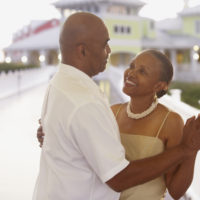 One comment on “How Do I Stop My Boyfriend From Shutting Down?”

with Neil Rosenthal, LMFTLicensed Marriage & Family Therapist
x
Top Fiancé Criticizes Me, Can’t Handle It When I Criticize Him 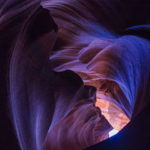