Dear Neil: You printed several letters from women who seemed to be attesting that the men in their lives would receive sexual favors if the men would simply do household chores. Those women might believe what they say, and they might even respond as they said they would—in the beginning. But I believe they would find themselves taking their men’s efforts for granted in a very short time.

In my home, I clean the kitchen and bathroom about four times more often than my wife does. Apparently my tolerance for clutter is much lower than hers, because I pick up the living room daily, and she does not.

Dear Neil: I have read your series of letters of what turns women on with growing sadness. The job my wife does of housekeeping for the family involves its chores, as does my job of providing income for the family. However, no offer of help is forthcoming for my chores, even though the march of technology makes her job easier by the year and mine more competitive.

Why does it have to benefit them in order for women to want to please their men?

Dear Neil: Your “fabulous foreplay” responses are in serious need of balance. There are women who only want to be entertained, and who do nothing at home for the family. Their happiest times are when they buy things, mostly for themselves. I’ve a neighbor who’s like one of the kids. She’s irresponsible and unresponsive, and her husband does most of the domestic chores and childrearing.

Dear Readers: Let’s see if we can’t begin to come to a balanced understanding of the different gender perspectives men and women carry into the sometimes heated dialogue they have with each other about sex.

Although there are exceptions to every rule—neither men nor women speak with one voice—here are the general rules of thumb:

What Gives Us Power Also Makes Us Feel Powerless

Why Men Are The Way They Are 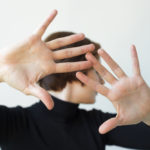 Avoiding Conflict Will Not Fix Your Relationship