Dear Sydney: For most people—men and women both—fidelity is vital to a loving, trusting, long-term relationship.

Trust is essential to a good relationship, and the deception, mistruths and lies that infidelity necessitates destroys trust, or at least injures it tremendously. In addition, the hurt, betrayed and angry feelings that people have when their mate has been with another, is extremely painful and difficult to overcome. Thus, infidelity hurts intimacy and ruptures trust. It also makes the betrayed person feel as if he or she isn’t good enough, which creates the feeling of being continuously threatened, and leads to a great deal of insecurity.

One partner’s unfaithful behavior can become a wake-up call that forces the couple to be more communicative and responsive to each other. If that happens, the extremely strong emotions generated by infidelity may make the couple face issues, and come to terms with problems, they’d preciously been avoiding or neglecting. But it would be far easier—and kinder—to just force the issues without the added complications, emotions and anger infidelity produces.

There are other reasons why people are unfaithful—such as boredom, curiosity, anger and attempting to correct a power imbalance, to name a few. But other than violence, infidelity is widely acknowledged as the single most destructive form of communication a couple can engage in.

Dear Neil: I was sexually abused when I was a boy. Since last year, I have been trying to understand why this happened, and why it ruined my life. I now want to tell someone what happened, but don’t know who to go to or where to start. Two weeks ago I tried to take my own life. All the hurt is here again, and I can’t handle it. I know I have to get help.

Dear Hurting: Find a psychotherapist or clinic that specializes in childhood sexual abuse. You should be able to find them in your phone book. If you’re feeling desperate or suicidal, call your local crisis line, or go to the nearest hospital emergency room.

Don’t let a childhood incident, which you had no control over, ruin your life. Get help, so you can fully live again. 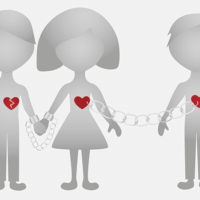 with Neil Rosenthal, LMFTLicensed Marriage & Family Therapist
x
Top Repairing a Relationship After You Have Betrayed Your Spouse Control Freaks