Next time you’re trying to defuse a conflict with someone who’s angry or upset, use the Psychotherapist’s Tool to talk the person through his or her emotions rather than trying to talk him or her out it of them.

What is the Psychotherapist’s Tool? It involves paraphrasing back what someone has said in an effort to confirm, clarify and pursue his/her train of thought. Therapists don’t indicate whether they agree with what’s being said; they simply paraphrase it as a question.

If a patient tells a therapist “I don’t have any friends,” a psychotherapist wouldn’t reply “Surely you have at least one friend.” That well-meaning comment would come across as a rebuke, further evidence that no one really understands.

A psychotherapist tries to help patients explore how they feel. Therapists accomplish this by mirroring what’s said, rather than by minimizing it. In the case of our lonely patient, the therapist might respond “You feel like you don’t have any friends?”

The client would elaborate “Yeah, I work in an office with over a hundred people and no one even talks to me unless it’s about business. It’s like I’m a non-person.”

Once again, rather than interjecting a reaction or recommendation, a psychotherapist would just restate what has been said. “So, the people at your job don’t pay much attention to you personally?”

“Yeah, if you’re not a member of the in crowd, it’s like you don’t exist.” By paraphrasing what patients say without trying to cheer them up or immediately solve their problems, psychotherapists help clients become conscious of what is bothering them.

Transferred to a dispute or a conflict, you could use this same skill by reflecting, rather than refuting the other person, says Sam Horn in the book Tongue Fu! (St. Martins Press, 1996.)

It’s important to paraphrase rather than parrot. Parroting what someone just said—repeating it word for word—will feel condescending and patronizing. Paraphrasing is using your own words to summarize the essence of what someone has said. This sincere effort will help you to defuse tension, conflict and anger.

Another non-combative technique Horn recommends is when people complain, ask yourself if what they are saying is basically true. If it is, say these magic words: “You’re right!”

Usually, when people are upset, they have a legitimate reason to be so, so acknowledge what they’ve said and move on to what can be done about it. Explanations extend arguments.  Agreeing ends them.

In cases where it’s not appropriate to agree with someone, at least acknowledge his or her emotions and be willing to take helpful action by asking “How can I help?” “What can I do?” “How can I make the situation better?” Such gracious behavior defuses the complainer’s emotions and prevents the situation from becoming explosive. By focusing on what can be done now—instead of what should have been done and wasn’t—you can often remedy a problem or a mistake before it gets blown out of proportion.

“There is no accomplishment so easy to acquire as politeness, and none more profitable.”  George Bernard Shaw

“Good manners are made up of petty sacrifices.”  Ralph Waldo Emerson 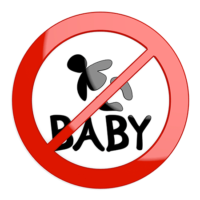 Fighting More Effectively With Your Mate

Conflict Resolution in an Intimate Relationship 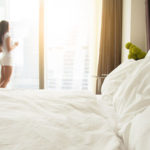 Approach-Avoidance Behavior Hurtful to a Relationship