For two years, Elli Robinson had been dating a man she felt comfortable with, a man whom she liked and cared about.  They had even been talking about marriage.

Recently, Her car broke down on I-25, and the first person who stopped to offer help was a strikingly attractive man, to whom Elli felt very physically and chemically attracted.  After several lunches with him, Elli was convinced that the physical attraction was mutual.  She also admired his high social and financial status.  Believing that it would be wrong to “cheat” on her boyfriend, she felt she needed to choose between the two men.  Her question:  should she drop the man she cared about and who was stable, for the man she was much more lustful towards and who was closer to her “ideal”, but whom she really didn’t know very well?

Since Elli was unable to answer these questions, I suggested she continue to get to know the more “ideal” man, and not make a decision yet.  We agreed that she would be better off keeping her heart out of the decision for awhile, while she took a long, clear-headed look at who and what she would be getting, versus who she would be giving up.

It took Elli a full six months to come to the decision that her “stable” boyfriend would be her best choice for a long-term commitment.  “I decided that in the end, a long-term relationship had a better chance of working with a man that I like and trust, than with a man who has a lot of glitter, but as I came to learn, very little substance.”

If you’ve ever been burned in a relationship because you chose your partner poorly, or because the person you chose turned out to be an illusion, you know how difficult it can be to try to evaluate whether a romantic partner or potential partner is healthy for you to invest in emotionally.

How can you decide whether it is wise for you to put your heart, soul, body, spirit and emotions into a relationship?  If you find yourself unable to decide if a romantic partner would be healthy for you, ask yourself the following questions:

If you are unable to answer these questions to your own satisfaction, don’t commit to the relationship yet.  Continue dating and get to know the person better first. 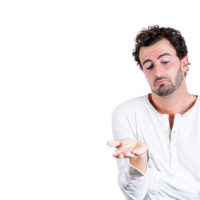 Accepting When He’s Just Not That Into You

Things To Know Before You Get Engaged 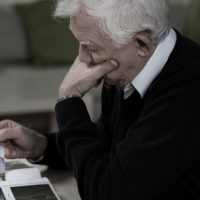 How to Tell If Widower Is Ready for a Relationship