Dear Neil: We have a thirty-four year old son who is a PhD.  He’s always been a social loner, and does not socialize personally much at all.  He goes tramping (hiking and camping) and on overseas holidays alone.  Recently, by e-mail, he coldly and abusively said that he was fed up with our “interest” and “suggestions” and being “treated as a teen.”  We explained that we worried about his lack of social life for HIS sake.  The upshot was that our e-mails were barred.  Any important messages are to be via his brother.  How do we handle it if and when he recontacts us?

Dear Sore Hearts:  Every grown kid has to emotionally break away from his or her parents.  It’s called emotional emancipation.

Emotional emancipation is about psychologically breaking free from your parents and becoming your own person.  It is different from physically emancipating—moving out of your parent’s home—and it typically happens much later as well.  Emotional emancipation helps individuals divide out their feelings, ways of seeing things, their behaviors, values and their identities from their parents.  All healthy adults must emotionally separate from their parents sooner or later.

In the ideal world, your son would emotionally emancipate gracefully, thanking you along the way for the many different ways you helped him become who he is.  But more often, the real world emancipation that most adult children go through is far more combative, defiant, angry, rude, contentious and hostile.  Some people need to break away more violently—and prove that they can make it in life on their own.

Occasionally it occurs that a son or daughter cuts off all contact and never reconnects with the family again.  Such family cut-offs do occur from time to time, but far more frequently, emotional emancipation is temporary—just long enough to make the point.

Your son’s rejection of you is most likely temporary.  After awhile (a year or less) he is likely to find himself open to reconciling.  He will be decidedly not interested in your critical judgments or opinions about his life, but its OK for you to tell him you felt hurt and upset at him.  He will likely be defensive about his harsh treatment of you.  Don’t be punishing.  Tell him you missed him and that you’re interested to know what he’s been doing.  Hopefully, he’ll open up.

You could also address the issues directly.  Was he feeling babied by the two of you?   Criticized?  Judged?  How is he feeling about his childhood growing up?  About your parenting?  What hasn’t he felt heard or understood about?

His lack of social comfort, I’m guessing, is considerably more embarrassing and debilitating to him than you may know.  This is his work—and his life—and he has to take responsibility and ownership of it.  If he doesn’t want your suggestions or advice about his social life, mix out until he asks you for your help.

There’s a very good chance you and your son will have a fine relationship in the future.  He’s most likely just declaring his independence from you. 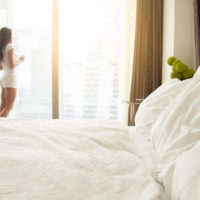 Approach-Avoidance Behavior Hurtful to a Relationship

When Your Grown Kids Reject You