“So often she’s tired, not in the mood, has a headache, or is otherwise unavailable for sex. I want sex two or three times as often as she does, and this scenario does not create a happy, loving and harmonious relationship. Frequently I’m angry at her because of this, and I don’t seem to be able to let go of the anger easily.”

“Can I bring her to my level of sexual desire and need? What do you do when you have a different sexual appetite than your wife does, and you’re trying to stay faithful to her? Don’t tell me to settle for less sex. That only generates a lot of anger and resentment on my part.”

It would be inaccurate for me to suggest that different sexual appetites is really a difference between the sexes. It is presumed by most people that men have a higher sex drive than women, which is not true in my experience. Whoever is left feeling sexually frustrated and rejected—man or woman—is the person who will complain that they are climbing the walls because their mate isn’t amorous enough.

If there is a difference between the sexes on this subject, it’s that women tend to want sex when everything is warm, close and romantic in the relationship, whereas men frequently want sex as a way of making things close and intimate.

With that thought in mind, my first recommendation would be for you to make sure that you are offering your wife plenty of tender loving care (TLC): non-sexual affection and touching, endearments, hugs, empathetic understanding, plenty of “I love yous,” sincere compliments on her abilities and her appearance, and nurturance.  Too frequently we—men and women—expect sex before we will offer our mates a lot of TLC and love. Especially in this circumstance, honey works better than vinegar, as the expression goes.

Second, deal with problems the two of you have in communicating with each other. Perhaps she is hurt or angered by you, feels unimportant, snubbed, or otherwise mistreated or unappreciated.  Perhaps she feels that your relationship has been drifting apart for a long period of time, and she doesn’t feel that close to you anymore. Deal with these issues proactively. If you don’t, nothing else you try will work.

Third, hormonal changes occur in some people which causes their libido to lessen. In addition, a whole litany of medications are known to inhibit sexual desire, including blood pressure and heart medicines, diuretics, anti-anxiety medications, anti-depressants, tranquilizers, muscle relaxants, medicines for allergies, motion sickness, Parkinson’s disease, bladder and bowel problems, so it would be wise to discuss with your physician whether any of these may be affecting your libido, and if so, what can be done about it.

Fourth, certain foods—fatty foods in particular—may have undesirable sexual consequences. Unhealthy cholesterol levels are suspected of decreasing vaginal lubrication in women, and may be a prime cause of impotence and poor erections for men. Alcohol, especially in quantity, is a known sexual inhibitor as well.  So watch your diet and your drinking habits.

Quiz: The Loss of Sexual Desire 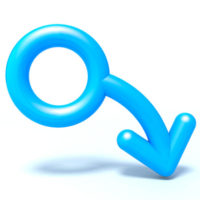