What is your sex life like?  How do you feel about sex and your own sexual health and well-being?

Some surprising, interesting and revealing findings have recently come out about people’s sexual attitudes, values and practices.  According to the recently published Janis Report on Sexual Behavior, did you know that:

The following questions, adapted in part from Joseph LoPiccolo’s “Sex History Form” may help you clarify what it is you feel about the quality of your sex life:

Sexual “Secrets” Every Man Should Know 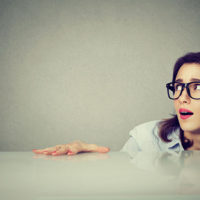