Are considering remarriage?  If you wish to avoid being among the 60% of people whose second marriage fails, learn these lessons.

Marriage, being a relationship consisting of two people, allows us to virtually always fault the other person when problems arise.  So if we have trouble getting along or we disagree on things, I can get away with thinking, feeling and acting as if the problems that exist are because of you.  That permits me the slippery position of never having to look inward at myself—or holding me accountable for my mistakes or failings in the relationship.

In addition, how people handle their anger and differences matters. We tend to think that because we’re angry, we’re entitled to express ourselves however we want.  So we frequently take permission to be harsh, mean or demeaning.  But mean reactions push our partners away and distance people from each other.  No matter how justified we feel in our anger, expressing that anger in hurtful, mean, degrading or unnecessarily harsh ways hurts the love and the trust our relationship is based on.

So learn to express your hurt, anger, disappointments and frustrations in a kindlier, friendlier and more elegant manner.  You can speak your peace and still be respectful, and you can be careful not to destroy goodwill and trust between the two of you. Being angry and self-righteous is not an acceptable reason for wounding another person or treating him/her disrespectfully.

Also, 65% of remarriages involve children.  Children frequently resent the presence of another adult who lives in their mom or dad’s house and who requires time, attention and affection from the parent also.  Children tend to harbor a deep hope that Mom and Dad will get back together, and a new spouse significantly threatens that fantasy.

One parent values his/her children above all else, while the new spouse typically doesn’t—and may even feel awkward, uncomfortable and displaced around those same children.  To be a stepparent is to never fully feel sure you’re accepted as part of the family.

All of this leads me to suggest that you would be wise in going slowly when it comes to remarrying.  It takes time to create a new stepfamily.  You simply cannot bring the unresolved issues, conflicts and emotions from your previous relationship into your next relationship—and expect your new relationship to function smoothly.  You must understand the mistakes you made as a spouse the last time around, so you can be a better husband or wife this time.  And you must get skilled at resolving conflicts, disappointments, differences and disagreements in an effective, non-hostile and respectful manner.

You’ve got to replace the emotions and associations of what a man or woman is—based on what your ex was.

“Most people get married believing a myth—that marriage is a beautiful box full of all the things they have longed for:  companionship, sexual fulfillment, intimacy, friendship.  The truth is that marriage, at the start, is an empty box.  You must put something in before you can take anything out.  There is no love in marriage; love is in people and people put it into marriage.  There is no romance in marriage—people have to infuse it into their marriages.  A couple must learn this art and form the habit of giving, loving, serving, praising—keeping the box full.  If you take out more than you put in, the box will be empty.”  J. Allan Peterson

How Do You Go From a First Date to Falling in Love?

Woman Asks: “Why Am I Still Single?” 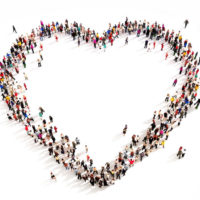 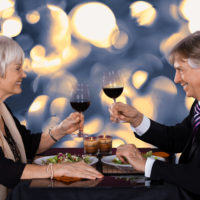 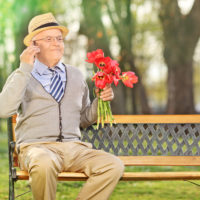 with Neil Rosenthal, LMFTLicensed Marriage & Family Therapist
x
Top What to Do if You Are Sexually Harassed Do You Know Your Inner Critic?